RIMOVA suitcase had been tampered. LV bags were missing.

Taipei -  Mr. Huang had taken Austrian Airlines to fly to Vienna from Germany and took a connecting China Airlines flight back to Taiwan. "I bought three LV bags, a few pieces of clothing and a RIMOWA suitcase to pack all these items worth more than half a million TWD. Customs inspected the suitcase in Munich airport." he said. Mr Huang took the receipt of purchase to the counter for declaration and tax rebates.

When he arrived in Taiwan, the suitcase was missing. "During transit in Vienna airport , I had asked the China Airlines’ staff to check and confirm that my checked baggage had been transferred to the connecting flight to Taiwan but unfortunately the suitcase did not reach Taiwan. When the suitcase was recovered and sent to my home, the suitcase was lighter than the time it was checked in. I noticed that the zip puller was not attached to TSA numbering lock anymore and the luggage lock had been tampered. The items I bought and packed in the suitcase were missing.” he said.

Insurance Recommendation
China Airlines Media Affairs Department responded that, according to customs regulations and procedures, passenger’s checked baggage need to be inspected in the Vienna Customs storage warehouse, which may have caused  the damage of the TSA numbering lock. As the passenger did not apply for declaration of checked baggage value, according to the International Convention and China Shipping terms, damage liability for checked baggage is calculated at twenty dollars per kilogram. We apologize for causing passengers' inconvenience, hence it will also clarify the attribution of responsibility.

Investigate the cause of loss

Former judge and lawyer Wang Youmin said, according to the case and the items lost in passenger’s checked baggage, China Airlines had implemented the delivery term in contract and compensation is calculated by weight. As for the opening of the checked baggage in Vienna airport, it may be due to the suitcase being tampered or it was an act of malicious theft or Austrian Airlines' weakness in managing its' responsibility. 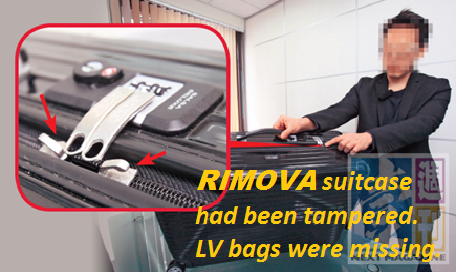 Picture 1: Mr. Huang found that the TSA numbering lock was forced opened when his suitcase was delivered back to him by China Airlines. The 3 LV bags, clothing etc inside the suitcase were also missing. 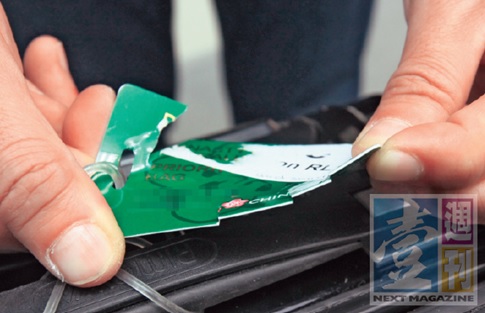 Picture 2: Mr. Huang complained that since the checked baggage has China Airlines' Jade card attached to it, Vienna airport authorities should inform the staff of China Airlines to be present when opening the suitcase. 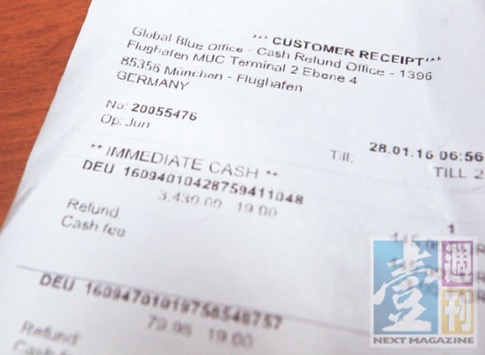 Picture 3: Mr.Huang shows the receipt of his purchase to prove the value of the items in his suitcase.

Chen Xinghong, chief secretary of the Consumer Protection Office suggested that people should not fill valuables items in the checked baggage, it should be hand carried, or contact the airline to declare the value of items by paying additional insurance premiums. Thus, it would secure the actual value of the items when the items are lost.